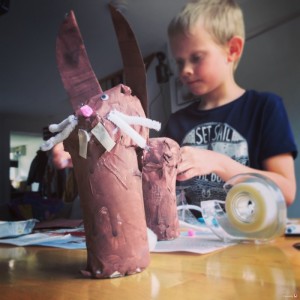 Papier Mache is such a great craft idea for The Sensory Seeker – as not only does he get the touch sensation from the paper but also the slime from the glue. It gives him the opportunity to get his hands dirty and build his sense of achievement – as he can easily mould his creation into shape.

The materials needed for Papier Mache Bunnies are very few. There’s a number of ways of mixing up Papier Mache paste but I simply mixed PVA glue with water. Next we took a toilet roll holder each and stuffed a ball of newspaper inside to form a head – which we secured in place with sellotape. 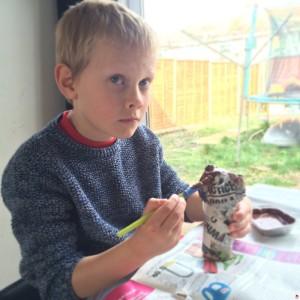 Then we simply covered it all in papier mache – including over the head. After waiting for that to dry we painted it all over (again great for The Sensory Seeker for tactile but also to help with fine motor (when he used a brush to paint). We also painted a white sheet of paper to cut out ears and feet (we later decided against adding on feet).

Finally once all the paint was dry we simply glued on googly eyes, whiskers (from pipe cleaners), a cotton wool tail, a pompom nose, and some teeth (made from more white paper). The boys were able to vary what their bunnies looked like by using different coloured noses, making the teeth bigger or smaller, the ears pointing up or floppy. 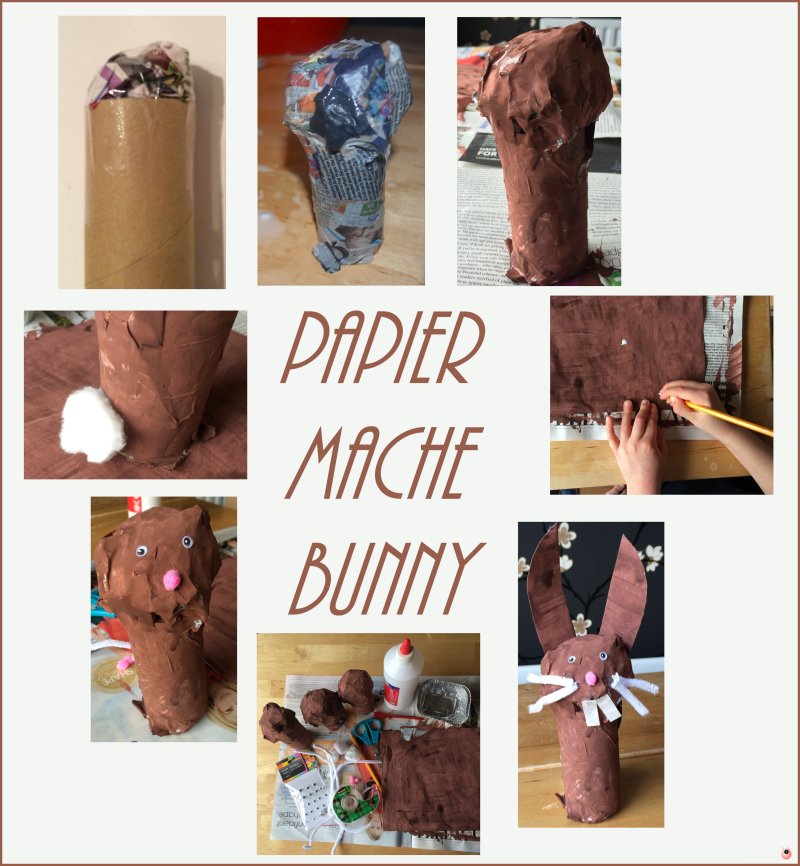 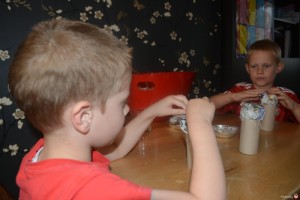 This activity was also good for The Sensory Seeker as it was made in stages – you could make the activity last longer by building up more layers of papier mache if you chose, but it also good for those with short attention spans as you could do just a few moments at a time. It also appealed to my children of different ages. You could utilise them in an egg hunt by hiding small chocolate eggs inside/underneath them.