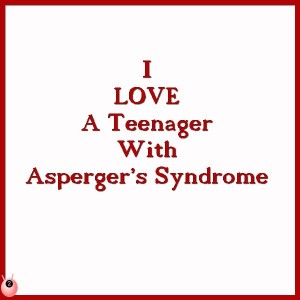 When making a diagnosis on whether someone has Asperger’s Syndrome or not it may be considered whether they have any “obsessions,” but I prefer to call them interests. One of the benefits of having a teenager with Asperger’s Syndrome is that you can easily buy for things for them. Their  interests are usually pretty rigid and unlikely to change quickly. This makes planning for birthdays easier. For example, my son really likes Minecraft and so I knew he would be delighted when I ordered him Minecraft cakes and clothing for his 16th birthday. His interests also make a good bargaining tool – if I say do X, then you can do Y (related to his interest) he will generally do it. The teenager with Asperger’s Syndrome may have interests in common with those younger than their peer group, which is not always a bad thing  for their parents.

Those with Asperger’s Syndrome may be more likely to really engage with a task for a long period of time. Again this is largely to do with the their interest. I think this has really helped my teenager stay focused as he knows what he wants (to be a computer games programmer). The teenager with Asperger’s syndrome is more likely to be internally motivated, because they do things on their terms, what they want to do. This is really useful now my son is at an age when thinking about University, as he is less likely to need rewards and praise in return for independent learning.

A teenager with Asperger’s Syndrome may take everything as black or white, this makes things simple and uncomplicated. For a parent this is amazing – drugs are wrong; smoking is wrong; I could go on but I may get embarrassing. Needless to say my son generally avoids behaviours that are considered dangerous/illegal, things he has been told that he should not do. I have a very thoughtful teenage son who listens to what I say and takes it on board. An example of this is how he does not waste money and is now paying for his driving lessons.

Of course a lack of social awareness is generally a bad thing but there are positives to it too. A benefit for a teenager with Asperger’s Syndrome is that they are less likely to get hurt. Not being able to read the signs of so-called friends letting them down, I think can be a good thing (although very painful for the parent). One of the biggest fears I have is one of my children successfully committing suicide and I think without the teenage-friend-wars, or succumb to peer pressure, therefore it is hopefully less likely to happen.

This lack of social awareness means that the teenager with Asperger’s Syndrome may take the lead, without worrying that someone else may want to do it. They KNOW that they are knowledgeable about something and put themselves forward. My son often thinks he is right (and often is) and will not be afraid to vocalise it (note this is not always the case with everything, but I am focusing on the positive). An example of this is the fact that my son has a great memory, this is pretty beneficial when it comes to remembering routes. He has great accuracy too and I am pretty sure he did this for the orientation part of his Duke of Edinburgh.

With little understanding of social norms those with Asperger’s Syndrome are good at contributing without wasting time on small talk. They have no hidden agenda and may be straight to the point, especially with issues that others are worried about bringing up, or when considering the unpopular. They are not over-emotional and can see things logically that others may not. This makes it easier for them to prioritise and stay focused – especially beneficial for their career. The teenager with Asperger’s Syndrome may take things on face value – including people. This means that they are less likely to judge people based on society’s constraints (gender/age/appearance stereotypes for example).

It may be the case that the teenager with Asperger’s Syndrome does not know how to behave in social situations, and so tries to learn the “right” way to behave. Therefore becoming more socially desirable than someone who acts from emotion. I know that if my son has offered to make me a cup of tea, or asks if I am okay – then he’s put even more thought into it than those it comes to naturally. 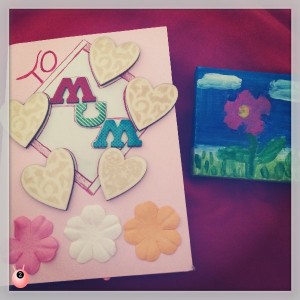 Rigid Routines – or Being Organised

I would like to think about the routines as the teenager with Asperger’s Syndrome being reliable and organised (although I am aware that my son’s routines aren’t as rigid as some/or used to be). What this means is I know when he will get up in the morning and he is always ready for school on time. With British Summer Time and the clocks going forwards I have really struggled to get into the new routine (and so has my Sensory Seeker that does not understand the clock changes). However, to my teenager with Asperger’s Syndrome the time is just the time, same as it has always been.

Not being able to see the bigger picture means that the benefit for a teenager with Asperger’s Syndrome is that they can focus their attention to detail. This means that they may pick up on things that others may miss. Concentrating on these details can make them a bit of a perfectionist, but you know that they will do a good job. 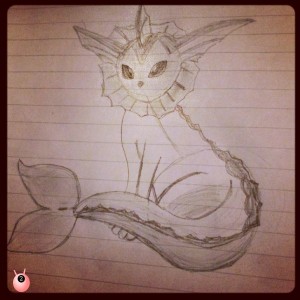 Hopefully some of these characteristics are personality, and his younger (normal trait) brother will be just the same. From everything I hear about teenagers though, I will not hold my breath.

Do you have teenagers? What are they like? Do they have Asperger’s Syndrome or not?

13 thoughts on “Teenager with Asperger’s Syndrome the benefits”