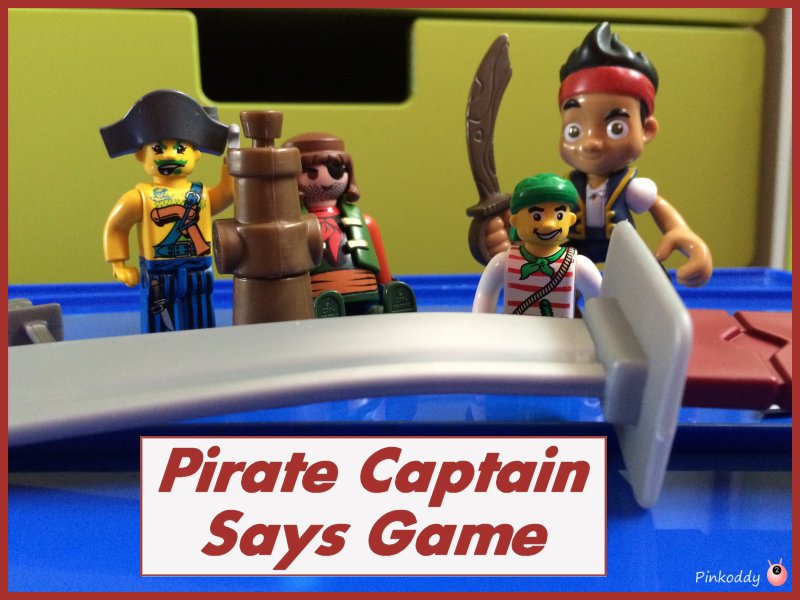 We chose to make a Pirates game to fit in with our trip to LEGOLAND Hotel Windsor, where we stayed in a Pirate room. It helped keep The Sensory Seeker focused and count down the days. The commands used were then all related to Pirates: Walk the plank, Scrub the decks, Climb the rigging, load the cannon, sailor’s salute. Some of the instructions none of my boys understood and had to be shown, but soon picked it up. The Sensory Seeker did very well and watched what his brothers did and copied.

Benefits of The Pirate Captain Says Game for The Sensory Seeker

The Pirate Captain Says game is good for The Sensory Seeker because it helps with his attention, gross motor skills, sense of body perception, noise, touch, attention, visual, build on vocabulary, social and just down right having fun! In fact next time I have told the boys that I will give them real brushes to “scrub the decks” – well they may as well clean the floor whilst they are down there! This would be a good game to transfer outside too. I really liked how it was suitable for my younger three boys bridging the gap between their ages and abilities.