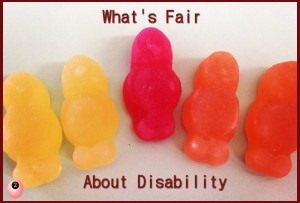 Disability Fairness fails in the fact that some people can obtain more help than others?

No Disability fairness with a Postcode Lottery

I was reading about the postcode lottery on A Northern Mum’s blog Type One Diabetes Making it Fair for my Warrior, about blood ketone meters being able to save lives for those with Type 1 Diabetes, but yet it depends on where you live as to whether you get one. This is far from fair and I really recommend you read the post for further information on this. This lack of disability fairness can, unfortunately, be extended to many areas such as speech therapists, portage, hospital appointments, operations and so on, due to people’s postcodes. Something ought to be done.

I have been surprised by the mixed reaction to the news that I found out that my son was entitled to ‘Pupil Premium.’ First of all I’d like to clarify that the reason he was allocated funding under Pupil Premium was actually nothing to do with his disability. From what I can gather Pupil Premium is money that a school can apply for if a pupil meets certain criteria, to help them if they are at a disadvantage to their peers.  One of those criteria is that the pupil has received FREE SCHOOL DINNERS within the last 6 years, and this is how my son qualified. In fact I think it was 5 years ago that the company my husband worked for went into liquidation.

Since then my son has done his GCSE Maths a year early and gained an A*  then you can see his fantastic GCSE results here (far from disadvantaged!). Needless to say he is doing his A-levels (at a Grammar school) – Maths, Further Maths, Physics and Chemistry. It is often mentioned how the jump from GCSE is to A-level is huge, even then I would say getting grades A-C are pretty fantastic. Did I mention that he’s at a Grammar school though? This means that his C grade in Chemistry meant he was disadvantaged to his peers and so the school have been able to seek funding. I’m not going to stop my son having any help he can, but already thought it was a ridiculous system and more so when I went for my 4 year old’s Statement of Special Needs Review.

There is no disability fairness in the process of obtaining a Statement of Special Educational Needs – whether you actually get an assessment, any hours, what hours, what support, how good that support is can be really variable, and not just based on the actual disability/need. Surely all of this should have a better system in place; something that makes it fair to all those who need it, no matter where they live. 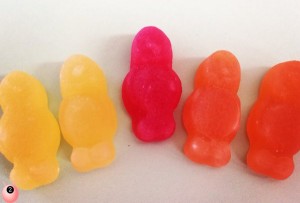 I have previously mentioned how very supportive my youngest’s son school have been. I am really impressed with his progress and he can now count to 4 (and sometimes even 5). This progress would not have been possible without his full-time 1:1 support. His Statement of Special Educational Needs only covers 20 hours (the school have put the first and last 10 hours in financially). At the review the inevitable happened and we have lost the support from the Communication and Interaction Team, as he was not diagnosed with Autism.

It also sounds likely that his Statemented hours may be reduced, despite the fact it is apparent he needs full time support (as backed up with the school’s financial support). We have pretty much been told he will not get it (even though they can understand that most of the time (bar 5 minutes here and there) he needs an extra adult with him, as they have said that even the most severe cases do not often receive the full 30 hours! That the school  need measurable aids put in place – but he is too severely immature to utilise such measures! So down to funding!

THEN it turns out that there is no criteria that he meets to receive this Pupil Premium – ridiculous! How can a pupil achieving a Grade C in Chemistry A-level  (and I should imagine in the top 5% of his academic year cohort) be more entitled to funding than a child in the bottom 5% of his academic cohort. I wish I could take the funding from one child and give it to another. Basically if I want the school to be able to access this extra funding for my son then I should split with my husband and go on benefits?! 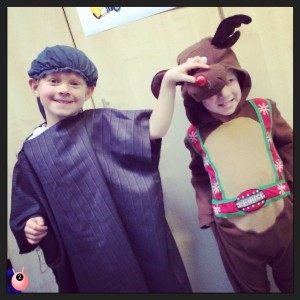 He needs this support to help him access the curriculum – as part of Every Child Matters. During the school Christmas Production he was supported with his issues in regards to attention, not lying on the floor, getting up & down off the stage and many others. There were so many of the other parents who seemed to be so proud of my son (with the  help of his support worker) – and so it made me even sadder to read of a boy with Autism being excluded from the Christmas performance because they felt he would disrupt the others. This is why it is so important that the Government give these children the help they NEED and DESERVE.

Are benefits for the disabled fair, or should income be taken into consideration? Currently disability living allowance for children is non-means tested (I am sure it is the same for PIP but I have had no dealings with this) but the same amount is given (dependent on the “level” of care) no matter what the  otherwise financial situation. Surely the amount should be on need – a bit like the Pupil Premium I guess, if someone has a household income that is really high they do not need the extra financial support as much as someone (with exactly the same condition) on a very low wage. I appreciate that there would be too much red tape to implement something like this to make it fair, but this does not mean that it is fair does it.

Treating those with Disabilities Fairly

I heard about how Robert Ethan Saylor was arrested for refusing to leave Westview Cinemas, Frederick, Maryland. After a viewing of Zero Dark Thirty which he wanted to watch it again but did not have a ticket. Three off-duty sheriff deputies from Frederick County, MD, Scott Jewell, Rich Rochford and James Harris, removed him from the theatre in such a way that the autopsy concluded that Ethan would not have died of asphyxia if the officers had not intervened. No-one was charged with Ethan’s death. Find out more and offer support at Justice for Ethan.

This upsets me to the core, not just as a human being but as a parent of a disabled child. They KNEW he had a disability and chose to ignore it. And over what? A cheap cinema ticket. The fact that my son has to grow up in a World where people are not willing to make allowances for his disability, to make life just a tiny bit more fair for him and his life. To accept that Ethan was not deliberately just trying to do wrong, that he simply did not understand, and just wanted to watch the film! I know life isn’t always fair, for anybody, but I do wish, hope, and even pray, that we are knowledgeable and compassionate enough to stop and think, make allowances if needs be, and try and make this a fairer World for all.

Disability Fairness to Others

Sometimes you need to make sure that things are fair for everyone. I have previously written about how it is difficult for Siblings of Special Needs Children it is hard. You (in my opinion) simply can not treat them the same, or if you did then it would not be fair. How is it fair to punish a child who does not know what they are doing is wrong, in the same way that a child who does understand? On the flip side though how is it fair on the child who does know it is wrong to see the child who doesn’t know ‘getting away’ with it? 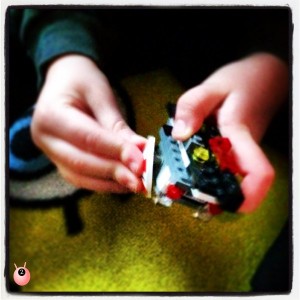 For me, I feel that it is important that my two children without special needs appreciate the fact that their brothers do indeed do not experience life the way they do. We focus more on rewards for positive acts/achievements rather than punishing for bad (but if they have hurt each other they will still have to say sorry). I especially can see how in an educational setting it is important for both children to feel fairly treated, but I think that awareness is key and different methods of “punishment” are utilised.

What do you think?