The Official Diagnosis of our son not having Autism

It was always going to be hard to accept whatever the Paediatrician said to us, the road to an official diagnosis was always going to be rocky.  I had prepared to be upset when it would be announced that my child has Autism (even though I have been having to stop and correct people for saying it). Autism it is what people have heard of, isn’t it. It’s what people know and it feels kind of safe inside that label. When the official diagnosis came back as our son not having Autism it was initially hard to accept. This was despite the fact that I had been prepared that this maybe the case (see my post on Sensory Processing Disorder). 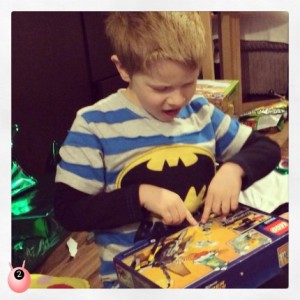 Most people’s reactions were that it was good news – after all Autism is a lifelong condition that no-one particularly wants for their child (see my post on differences of opinion about whether people would want to take it away if they could). But the fear and uncertainty that an alternative diagnosis brought really made me want to fight against the outcome. Our oldest has Asperger’s Syndrome so we have an idea of how to deal with things, what we can do to help, where to go for support.  Plus a diagnosis of Autism would have made it easier to remember what the official diagnosis is (but that is NO reason to want it to be Autism). I guess that, for me, it feels so much ‘like’ Autism that it just feels like he will not get the associated help but still have problems associated with his disability. 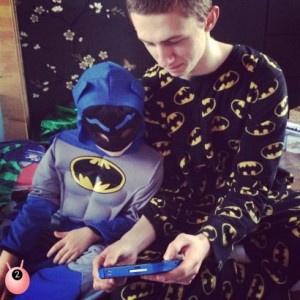 The official diagnosis was that his behaviour could not be explained by autistic spectrum disorder that a diagnostic formulation at the present time is one of language delay/disorder, developmental delay, immaturity of attention, play and social/emotional development.

What the Official Diagnosis may mean to his future

This may now affect so much including his statementing, his financial help, the way he is treated, his support in school, how people react to his behaviour, and so on. But for me the difference is one of knowing where to look for the support, . It is so much easier to find support groups and courses for children on the autistic spectrum, and now he isn’t in that category I am not sure if I can, or should access them. The situation is still the same, the same advice still works, but somehow everything seems different now. I am grateful that the school are doing all they can, he is coming on leaps and bounds. So far the official diagnosis has not changed that. But they are funding him the extra hours, expecting a diagnosis of Autism I presume. I’m not sure if at his Statement review he is still not awarded full time support whether they will be financially able to keep that up. I’m also concerned that he has a statement categorised as cognitive and hope that this official diagnosis will be able to change that to communication and interaction.

Staying positive after the Official Diagnosis

Whatever happens the official diagnosis has been made and there’s just no point getting upset about it. He doesn’t fit the Autism umbrella but they have been clear that is not down to parenting or behaviour problems. They have identified what areas he needs help with and there is support in place. This Christmas he has been amazing. He has developed so much and coped so well. It hasn’t gone without problems (his official diagnosis did not say there would be no issues) but watching how far he has come is just amazing. He is such a happy boy and really made this festive period special. We have so much hope for his future, even though the official diagnosis was not what we expected to be, and we do not fully understand what we are now dealing with. 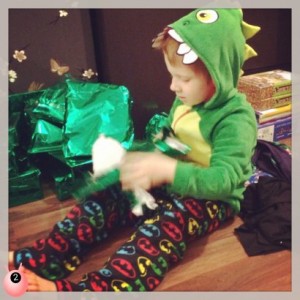 What happens after the Official Diagnosis

I do not know whether he will later have another diagnosis, as feels is the case in how we were spoke to and the fact that the diagnosis says “at the present time.” This decision was made by a second paediatrician through a D.I.S.C.O. and we have to go back next month and see the original lady we have been speaking to for over a year. I’m not sure what will happen then, and whether she will add on any sort of Sensory Processing Diagnosis. What I do know is that there are suggestions for help, and that the best way to help is to play with him with something that he is interested in. This is important to me, because it doesn’t really matter what the label is, as long as we know how to keep moving him forward. We have a new speech and language therapist coming out to see him (and she also works at the communication and interaction to centre we wanted him to attend) and am sure the school will continue to support him and us.

If your child has been unable to get a diagnosis then you may be interested in SWAN UK , which is a project run by Genetic Alliance UK offering support and information to families of children with undiagnosed genetic conditions.

23 thoughts on “Official Diagnosis – Accepting it is not Autism”