Halloween can be an awful time for those with Sensory Processing Disorder – a change of routine and additional stimulation. But it doesn’t have to be such a negative experience as long as you are prepared and have some ideas up your sleeve. Remember the most important thing is to ensure that each individual has the right Sensory Diet for their needs – making sure they get just the right amounts of input for each of the senses – whether that be trying to reduce or stimulate it. 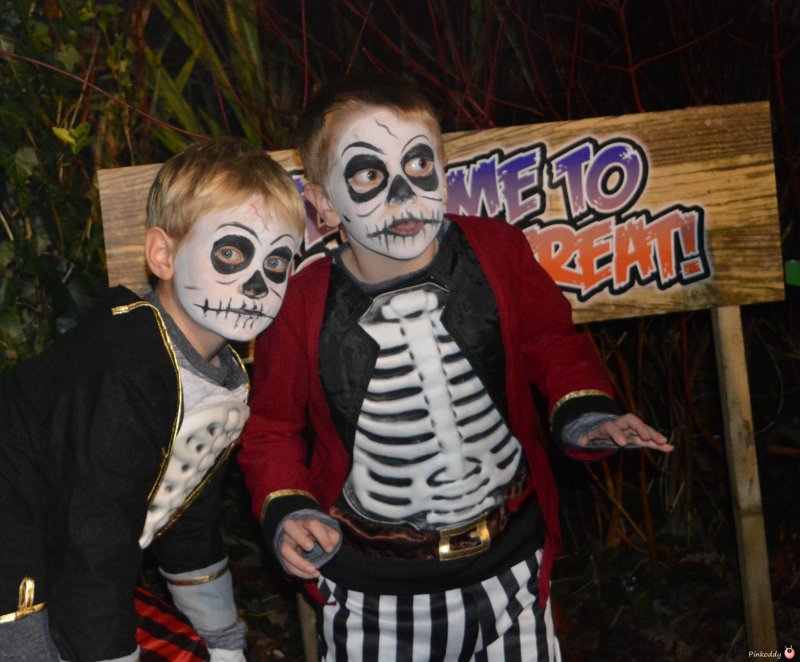 I have previously talked about a Scooby Doo Halloween Party the Sensory Seeker attended, how Halloween can help Sensory Processing Disorder and how an overnight trip to LEGOLAND Windsor on October 31st was great for The Sensory Seeker. This year, however, we are keeping it more low key and staying at home.

The Sensory Seeker  is absolutely loving Ghostbusters currently and he has the new, Year 2 Wave 6 LEGO Dimensions Ghostbusters Story Pack – or the Girl Ghostbusters as he calls it. He is so good at it and best of all this little boy, who I feared may never be able to talk when he was at preschool, was explaining all about the game and the new packs he has at the Family Playstation event we attended last weekend. Not only have games helped him with his communication but in so many other ways including being more socialable. I like to take his interest off the computer as well, and have previously looked at Ghost Crafts. This time I wanted to really have him focused and this is where the idea for Slimer Biscuits came from – just perfect for Halloween.

How to make Slimer Biscuits

I have talked about the Benefits of making Biscuits with Sensory Processing Disorder when we made them as Christmas Gifts . We again used the same all in one method – and The Sensory Seeker felt really confident in himself that he made them “all by himself.” Of course he absolutely loved getting his hands in the bowl with all the lovely textures mixing the ingredients in. He still hasn’t managed to be tempted by licking the butter though! 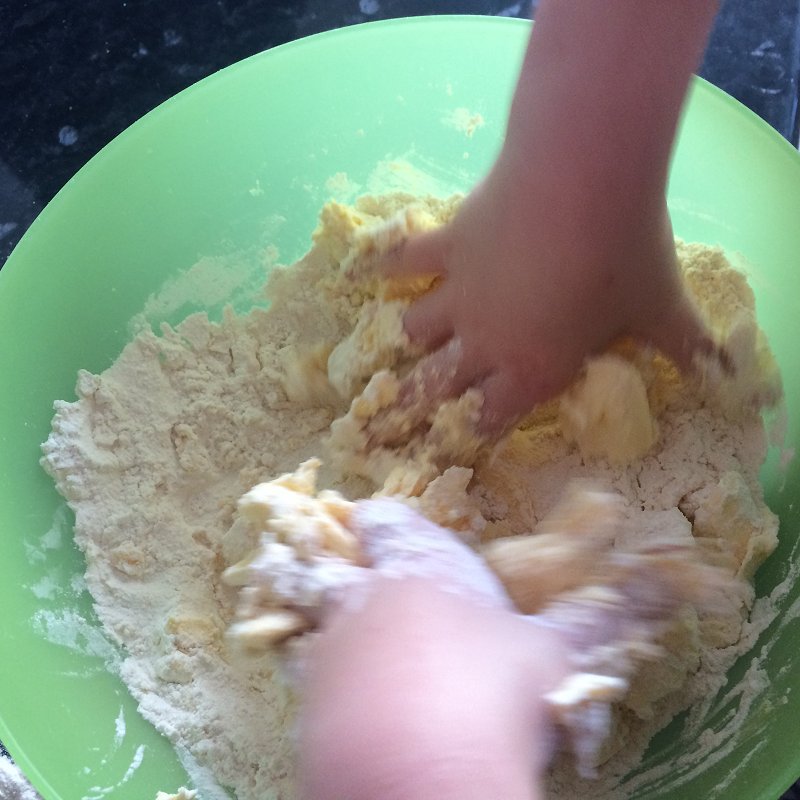 Ingredients for the biscuits: 250g Softenend butter, 140g castor sugar, 1 egg yolk, 300g plain flour (plus extra if it is to sticky and for the surface/rolling pin) and vanilla essence.

Method for biscuits: Mix together ingredients, roll out the mixture, cut into shapes, cook in the oven until golden.

The idea for the Slimer biscuits came from Simpsons Doughnuts. You know the ones which are literally pink with hundreds and thousands on. We had originally wanted to buy plain doughnuts but could not find any. To make Slimer biscuits we simply to the same but needed to make it green. 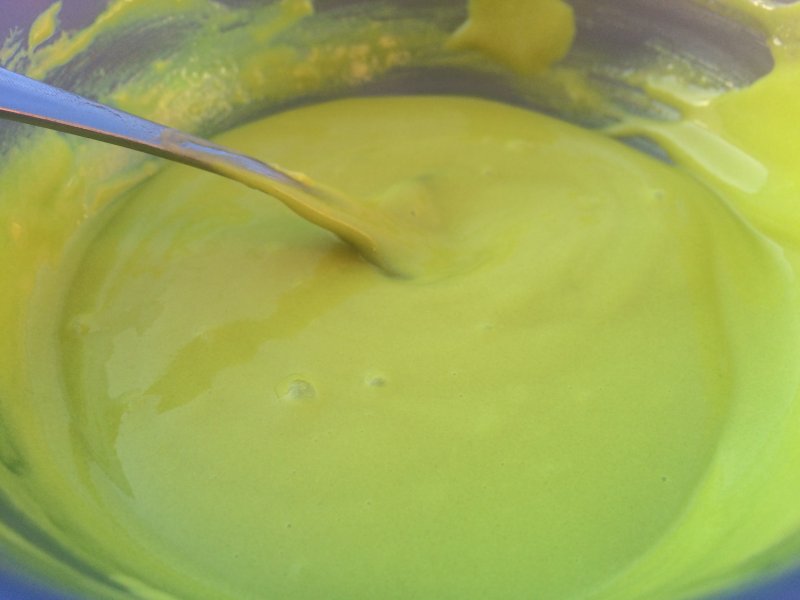 We bought some lemon icing and simply mixed in blue food colouring. Then we spent ages sorting out green hundreds and thousands! Once the biscuits had cooled we spread the icing on the top and added the green sprinkles. The Sensory Seeker then decided he wanted a couple of different coloured stands for the eyes and nose. The boys actually ended up doing some with multi-coloured sprinkles too. 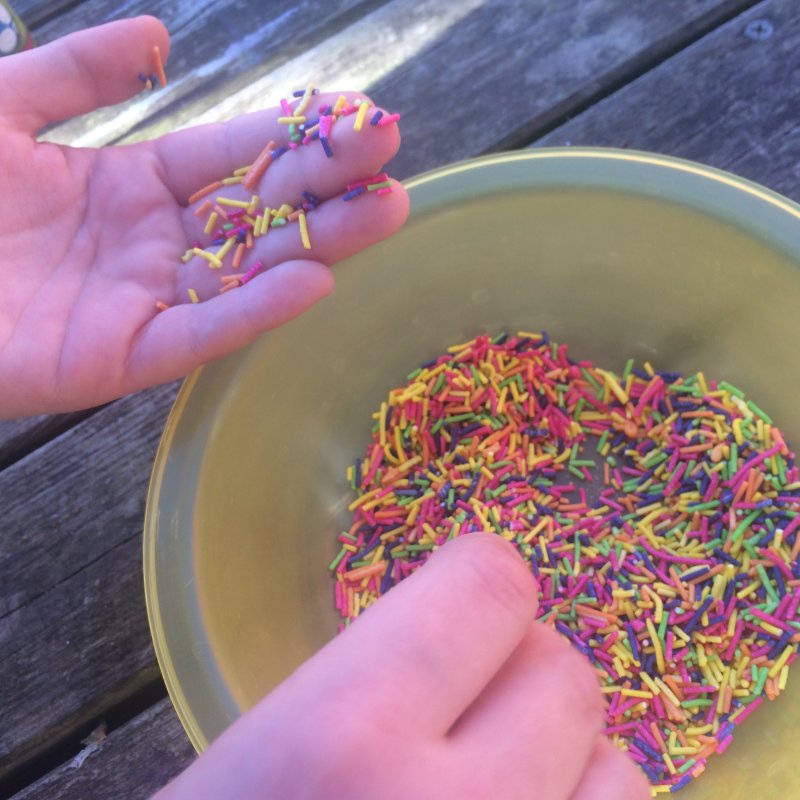 Guess what the biscuits didn’t much look like Slimer, and they weren’t difficult to make – but to my little boy they were the BEST biscuits in the World. AND HE had made them! 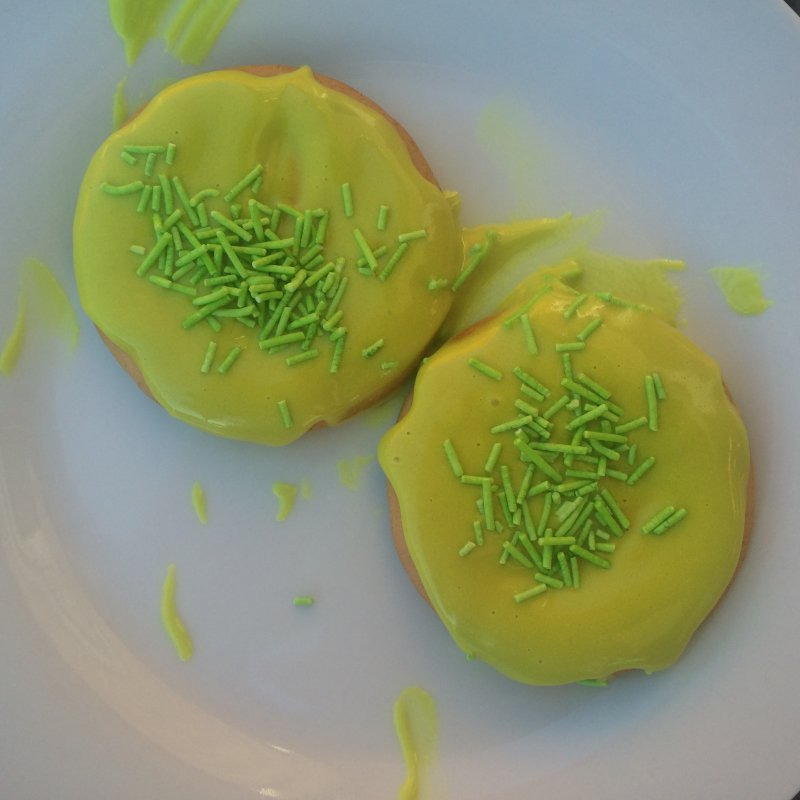 Other Posts of Interest this Halloween:

5 thoughts on “Slimer Biscuits from Ghostbusters”