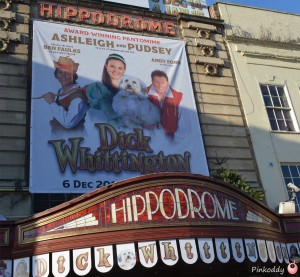 The Bristol Hippodrome put on their first relaxed performance of a Panto yesterday. The Hippodrome is without a doubt one of the most magical places to experience a Panto and it was so nice that Bristol had gone to the trouble of making those with special needs be included. 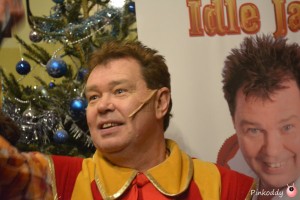 The production was Dick Whittington starring Ashleigh and Pudsey (from Britain’s Got Talent fame), Ben Faulks (aka Mr Bloom), Andy Ford (with a string of credits to his name and his 22nd Panto performance at The Bristol Hippodrome), Brenda Edwards (the last woman standing in the X-Factor finals 2005), Eric Potts (best known for being Diggory Compton in Coronation Street amongst many other amazing accomplishments), Lara Denning, Ben Goodridge and Hayley Jane Goold. The Sensory Seeker was invited along in order to review how the Relaxed Performance was handled.

The Relaxed Performance of Dick Whittington at The Bristol Hippodrome 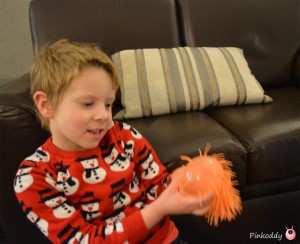 First of all I cannot express enough how much of a great step in acceptance and inclusion it feels that the Bristol Hippodrome put on a relaxed performance. The Bristol Hippodrome has without a doubt some of the most amazing lights, sounds, costumes, scenery and performers: With the theatre itself is a beauty all on its own. Without any additional support, it was great just knowing that The Sensory Seeker could watch the performance in his own way (getting up, spinning, making noises, clapping his hands) without the judgement (well without the guilt of it disturbing others at least). The Bristol Hippodrome opened at 12:30 – leaving 90 minutes for familiarisation of the building. In this time we could go in the Chill-out room (especially put on for the relaxed performance), visit the toilets and purchase anything we needed from the shop.

The chill-out room had several different toys to help The Sensory Seeker. Things he could stretch, squeeze, different colours, shapes, textures – it even encouraged him to interact with other children in the room. The lighting in the room was low and soft and coloured lights were used. There were comfy sofas and bean bags with cushions for the children to sit on. Also in the room was a screen so that if they felt that they had to come out of the performance then they would not miss the show. I was also pleased to see that those in wheelchairs also had access to the performance,as they are quite a few stairs. 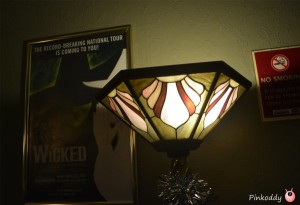 I believe that the levels of light were different for this performance, with mainly the stage being lit up and no lights going across where we were seated. That the overall content of the show was not changed but that sound levels were, that there was also the option to listen to an audio description commentary, and a visual story was available prior to the performance (containing detailed information/photos of the theatre and a Dick Whittington sensory synopsis – detailing all that will happen in terms of sound and light throughout the show). I cannot comment on any of this as we did not receive it. The Sensory Seeker has been to a few different productions now however and so was fine without this support.

The Pantomime of Dick Whittington at The Bristol Hippodrome 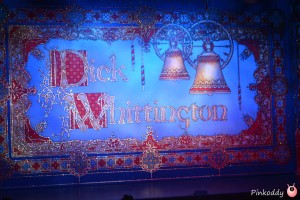 Dick Whittington was everything I remember a Panto being as a child, and truly magical. It began the moment we stepped foot in the impressive theatre. It looked so grand and the children instantly wished we had balcony seats (I promised them maybe next time). In front of them was the glitteriest screen with Dick Whittington written on it – with so much detail and bling. There was humour on so many levels and it was great to see my 11 year old laughing at some of the more adult bits (such as guessing what Idle Jack would have said that rhymed with silly!) It was great family fun and none of the lines went too far. The costumes were amazing and in true Panto style The Dame (Sarah the Cook) had a fabulous wardrobe, including a fantastic underwear set!! The story itself flowed really well and it was a lovely twist on the classic. 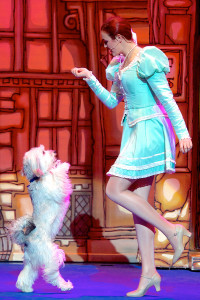 I loved the way they had integrated Pudsey into the story and he indeed was a big hit with The Sensory Seeker; who I am sure is like many others with his difficulties that has a fondness for dogs. The talent was out of this World – Brenda Edwards has the voice of an angel and it was amazing to hear, Ashleigh was also a brilliant singer but the biggest shock was listening to how well Mr Bloom (Ben Faulks) could sing – sorry I mean Dick Whittington of course! The children recognising people they had seen on the television was a treat in itself. 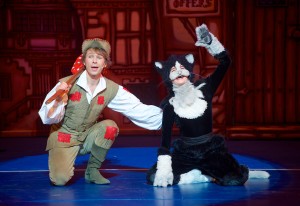 The choreography was amazing and the dancing flawless. One thing that always amazing me is the young people, and in this case they are referred to as the Juveniles. I am not sure if we had the Red Team or the Blue Team but they did a superb job. The only reason I could tell that they were so young is from their heights, because their performances were just as good as the rest of the cast. Their parents must be so incredibly proud that their children held their own with such talent in The Bristol Hippodrome. 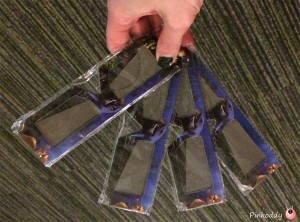 Of course as well as the amazing use of scenery, textures and lights the added magic to this performance was the inclusion of a very clever 3D underwater scene. This was a great addition to the show and something I have never seen in Panto before. A very modern twist and a great way to demonstrate the technology at The Bristol Hippodrome. All 3D glasses were provided and the children were thrilled that they could take them home.

In terms of inclusion I will repeat again how it is very much appreciated that The Bristol Hippodrome have gone to lengths to include individuals such as The Sensory Seeker (that is those with Autism, Asperger’s Syndrome, Sensory, learning and communication disorders and other difficulties). Apart from the things stated above it was good to see individuals with these needs invited on stage to take part with the Pantomime (I could be wrong about this as this is an assumption based on my observations). There was a good selection of glowing items to purchase, the theatre was easy to find our way around and the queue to the toilet moved very quickly. 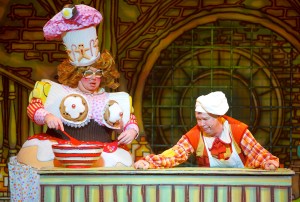 However, it was really busy. There was no real room to move. and getting up to move out of our seats meant lots of other people having to move too. This was awkward enough in the interval never mind if an individual couldn’t cope during the performance. There was no introduction of the Cast before the performance – but I guess they did not have their faces covered like in The Gruffalo. It was really busy on trying to exit The Bristol Hippodrome, I think this was further heightened by the fact that Andy Ford was in the foyer selling his DVD and photo opportunities were available. I do think this was a really nice touch and the children were excited to be able to get a picture together, but also not very well thought out for those with differing abilities that may have struggled with this scenario.

In conclusion Dick Whittington was an amazing production and I would like to thank everyone involved, especially those who helped turn it into a relaxed performance to make it more inclusive for all.

I received 4 free tickets to the Relaxed Performance and a programme in return for an honest review. All words and opinions are my own.