The hardest thing for me during the whole process of switching from a Statement to an EHCP was time – and the fact that I had to think so much about the answers to the questions I had to keep answering what seemed like over and over and over again. I was glad to have a degree when filling in the Family Contribution form and cannot imagine how difficult it must be for some families to do. I opted to type mine on the computer which meant I could just add to it, or draw out relevant bits when asked for the information again by someone new. I completely forgot to ask to be referred back to Occupational Therapy in time and so they have not been part of the process.

Experience of The EHCP Meeting

Well I have to say that the meeting itself was not as hard as I thought it would be and I guess it is because no-one mentioned any levels and I already knew that he was behind his peers – so that was not a big shock. I feel that I did not really know or understand what was going on and had to just trust the professionals. In attendance I had the current school SENCo/Head, the new school SENCo, his new TA, The Speech and Language Therapist, The School Advisory Teacher, and the lady from the council. 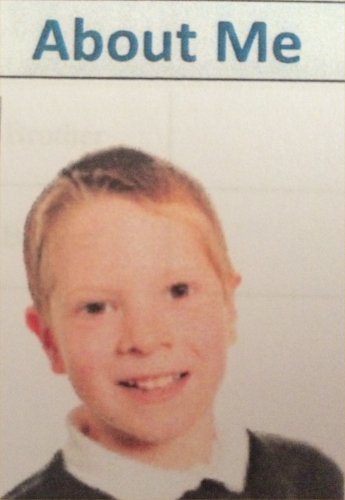 When I asked about adding in his Sensory Issues it became a little awkward as here in the UK there isn’t an official diagnosis for Sensory Processing Disorder. I hadn’t included information from the Occupational Therapist or Paediatrician as their reports were longer than the date – but the lady from the council said she would see if she could include them. I do think that the people in the room were a little under-educate in sensory issues and they seemed to think everything could be sorted with some tactile toys (least it is a start I guess). I suppose the problem also lies in the fact that I did not really know what to say as how to include it into the EHCP either.

It was good to hear his progress and that he has a good work ethic. He just wants to be like everyone else and tries so hard to obtain it. Fingers crossed he even may have passed his phonics screening this year! There was a lot of emphasis on making sure his transition to his new school goes well and I met his new TA. His old TA will also be moving schools and working as a classroom assistant. It was hard to hear how much me going away affected him and his behaviour – but was good in a way as it highlighted how he needs extra support to deal with changes. It was good to hear that the schools were liaising on the best ways to help him.

I now have to wait for the draft EHCP and then I have a very short period of time to read through it, making any changes needed and send it back. I am feeling hopeful -fingers crossed now.

1 thought on “Changing from a Statement to an EHCP”